A Season In Hull


"Darren Hayman suggested to me that The Wave Pictures make an album with one microphone.

Everybody together in one room playing live into one microphone. You get the picture right once and you capture it. No mixing later. The idea appealed to me enormously. It’s a really beautiful sound, the one microphone sound. The results tend to be mysterious and lively, and it’s a very romantic way to record, too. It’s how Bill Monroe and His Bluegrass Boys did it, after all (and that’s how bluegrass music destroyed John Fahey’s life). I decided to write some songs as quickly as possible and then to invite a bunch of our friends to make a recording with The Wave Pictures on my birthday, January 28th, 2015. That’s what this is - a one-microphone happy birthday recording. Thanks, then, are due to Darren for the idea and to Giles Barrett and Simon Trought for pulling it off. Thanks also to Paul at the Adelphi. The Wave Pictures always have a good time when we visit Hull. This album is dedicated to the memory of Blind Owl Wilson." - david tattersall. 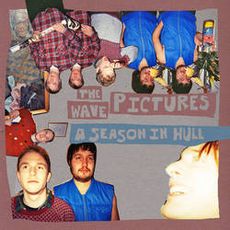