it’s not often that a guitar band come along playing rock music that sounds this inventive, genre bending and downright revolutionary.

the trick to truly inventive rock, as black mountain will attest, isn’t in trying to reinvent the wheel but to push it to its limits, finding new ground along the way. ‘mothers of the sun’ is a sprawling, led zeppelin informed proto metal bash that somehow also manages to lock into low’s disruptive art rock, while ‘florian saucer attack’ bridges the gap between neu! and the stooges while ‘defector’ marries funkadelic wah wah to jean michelle jarre synths and a dessert rock pulse. one of the most inventive bands of this millennium have given us another hugely impressive opus. “fabulously diverse” – 8/10 uncut 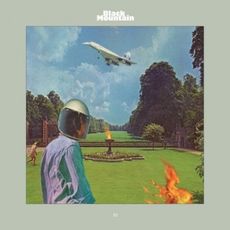