the band have now swollen to a 4 piece with new members anna prior on drums, gbenga adelekan on bass, original member oscar cash on keys/sax & joe himself on vocals, keys & guitar. this expansion of personnel is reflective of a new record that is mapped by vast soundscapes, incredible depth & warmth & big hooks as the album veers from mournful art-pop that wouldn’t sound out of place on a tv on the radio album, to cheese-pop (your top quality alex james artisan kind, not your processed rubbish) that darwin deez might one day be capable of, to laid back numbers that here we go magic’s luke temple excels at & more uptempo ‘nights out’-type disco euphoria. the wonderfully warm production takes this record to a whole new level for the band too. superb. “if metronomy appeared glib in the past, here you’ll find musical & emotional depth” 4/5 – uncut, 4/5 – mojo. 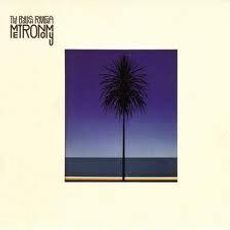