drawing from substantive and evocative subject matter, Fitzsimmons creates captivating music that uniquely melds depravity, honesty and autobiography into a counter-intuitive seamless whole. This is second part of his ‘Pittsburgh’ story: “The ‘Pittsburgh’ album was about the grandmother I knew. ‘Charleroi’ is about the one I never did” says William. 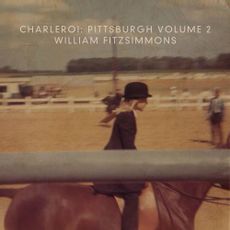