Formed in London in 1988 by childhood friends Emma Anderson and Miki Berenyi, Lush expertly fused melody and guitars to create a sound that was christened ‘shoegaze’ well after they released their first records.

· Over the course of a decade, the band (which also included Chris Acland on drums and Steve Rippon on bass, later replaced by Phil King) released three studio albums – ‘Spooky’ (1992), ‘Split’ (1994) and ‘Lovelife’ (1996) – to growing critical and commercial success. · In addition, they put out a mini-album ‘Scar’ (1989) and a string of Eps that were used to create the compilations ‘Gala’ (1990) and ‘Topolino’ (1996), two albums that would ultimately bookend their story. Following the tragic death of Chris Acland in late 1996, the band were left too grief-stricken to continue, calling time shortly after. · With the passing of almost twenty years, Lush are a band long overdue celebration. Coinciding with the news that the remaining members are reuniting, ‘Origami’ will delight fans further by finally bringing the band’s album catalogue back in to print on vinyl. · All five LPs are being pressed on a different colour of vinyl and will come housed in a beautiful laminated box as designed by long-time associate and former v23 collaborator Chris Bigg. · Furthermore, exclusive to ‘Origami’ their final album, ‘Topolino’, gets its first ever LP pressing and a bonus ten-track download album of previously unheard home demos. · Limited to 500 copies. Includes download codes for all the albums. 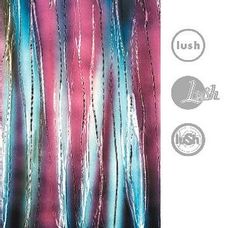