reissue of the genre-bending cabaret pop band's debut album from 1980.

released following the dundee band's 1979 cover of bowie's 'boys keep swinging', the album further cemented their growing reputation as sometimes startling, often enthralling innovators. their wildly-inventive music is capped by Billy McKenzie's utterly stunning and unique vocals, unmatched by any other singer before or since. this is the record that ensured their place in pop music history. The original album on CD1 is newly re-mastered from ¼” tape while CD2 features a selection of rare and unreleased tracks. for fans of the teardrop explodes. "a disciplined, muscular commitment to the strange and the wild." - 4/5 mojo 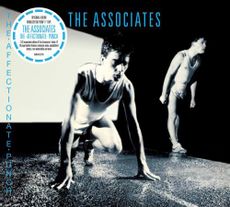