take her up to monto


boasting disco fancy, dark cabaret, the sonorities of classic house and electronica and the joy and heartbreak of pure pop drama - this record is Murphy’s most magnificent set of song structures yet.

she's never been an artist to stand still, and every record she's ever made has been a creative year zero in some sense – but even by these standards, this is a record overflowing with possibility. it's pure pop, torch song drama; her most daring and creative album to date. for fans of jane weaver. "exquisite, multilayered pop from the former moloko singer. it's hard to imagine her bettering this." - 8/10 uncut 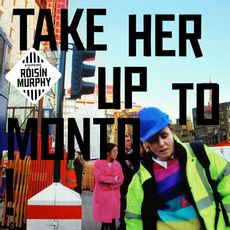