remastered 2016 reissue of this landmark record - the debut solo studio album from one of rock music’s most prolific & charismatic stars that was something of an instant classic.

this deluxe reissue includes the original album plus bonus demos, unreleased outtakes & a film of the legendary new york show at the mercury lounge in October 2000 -  the year of it's original release. there's also a booklet of rare & unseen photos with an essay written by producer, friend & collaborator Ethan Johns. 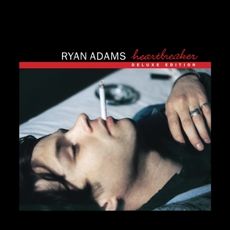