The album is also in part influenced by the contrasting escapism, that momentary departure from the noise & distractions of a city can bring. Backed by the Imperialis Orchestra, tracks such as ‘The Traveller’s Night Song’ & ‘Memory Of Sun’ are bolstered by masterful string sections, heightening Beshevli’s depiction of his emotions & life experiences that are shaped by his surroundings & reactions to them. His expert intertwining of differing moods and textures play out exquisitely on ‘Wanderer’, which ends how it begins - a captivating piano solo from Beshevli on ‘A Book Of Hours’ marking the journey complete. 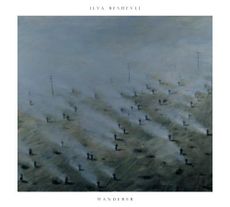