with a little help from paul weller, the London quintet’s fifth album is overflowing with shining, summery, indie rock pop to delight their many loyal fans as well as newcomers.

Recorded at Weller’s Surrey studio, Black Barn, by Charles Rees, who has engineered and produced records for the modfather, this double album includes an impressive 18 new tracks form the Chingford lads. “The Rifles seem to be in a rich vein of form in the songwriting zone… an obvious proficiency in hitting the right notes for polished pop hooks” – louder than war 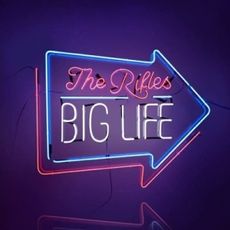