All Your Happy Life

our love for the brighton band's debut of reverb-laden surf-psych was going to be tough to top but these guys have shown no 2nd album fear. It’s not so much the sound of the calm after the storm, but the howling vortex that follows in its wake. Influences & inspiration is drawn from unexpected places – Tolstoy’s stories of dysfunctional relationships, the warm Hammond-&-acoustic tones of Elliott Smith & loads of underground metal bands. Recorded by Jim Sclavunos (Nick Cave & The Bad Seeds / Grinderman), the resulting album variously recalls The Auteurs, The Only Ones & of course, the much cited Nirvana but most importantly, inhabits & draws you into their own sphere. 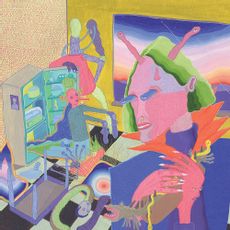