A darker, starker, and more personal affair than their debut, ‘A Northern Soul’ saw Ashcroft eschewing the strung-out positivism of their debut for sober ruminations on the human condition.

The result? Timeless ballads like ‘On Your Own’ that contrasted with ambitious workouts even more explosive than before - notably ‘A New Decade’ and the titanic ‘This Is Music’. A general mood of doubt, and even ennui, however, is there as an undercurrent, best exemplified by the prophetic torch song ‘History’. When news of the band’s break up came shortly before its release it sounded like it might even become the band’s epitaph.

*** For this super deluxe 3cd reissue, the album has been remastered and is augmented by the inclusion of all associated B-sides, two previously unreleased BBC radio sessions and seven unreleased studio tracks *** 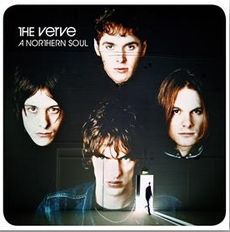