lushly cinematic laid back psychedelia from shop faves - a record shot through with their most expressive melodies thus far.

the record sees the group working both in bigger colours and more minutely crafted detail; achieving an altogether higher level of artistry than before. retaining the kosmische-influences seen on 'join the dots', the five piece have also taken inspiration from the Radiophonic Workshop and the scores of Bernard Herrmann, John Barry and Ennio Morricone to create a more fully realised psychic-kraut-groove than ever before. like the horrors at their best. "early psychedelic influences wrapped around a post-punk chassis." - clash 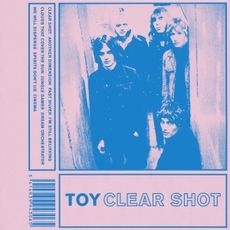