reissue of the classic 1969 album from the woman bob dylan once descibed as his "favourite singer" - this is a a gem of an album from the late folk / blues singer.

alongside the original album, a bonus dvd is included, featuring a 25 minute home movie, directed by Dalton which shows her playing her guitar and performing four songs alongside footage of her home and late-'60s new york. "the most magical reissue of the year." - time out 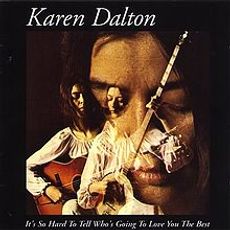