The vibrant California band are back with their third album - another colourful, wonky & spunky affair.

Standing firmly on the middle ground between the quirky staccato attack of Modest Mouse & the spirited arena-ready roar of Arcade Fire, the indie rock collective continue the good vibes. Grouplove came to fruition in the late 2000s around the talents of Hannah Hooper, Christian Zucconi, Sean Gadd, Ryan Rabin & Andrew Wessen. New Yorkers Hooper & Zucconi, through sheer kismet, forged a friendship with the latter three members while attending an art residency in Greece on the island of Crete. Before returning to their myriad homelands, the future quintet members put some of the music they had been working on to tape, resulting in whirlwind trips to Rabin's Los Angeles studio, where the five friends decided to make their relationship official. 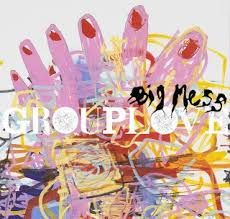