we got it from here… thank you 4 your service


for a legendary artist out-of-the-game for years to make a comeback album that doesn’t compromise their original body of work is one thing – to come back with new music so contemporary-sounding and among their best work is something else again.

There’s also Tribe’s reputation as innovators to consider: While they were pioneers for, among other things, integrating hip-hop and jazz in the early ’90s, today’s rap is so diverse that it seemed like the best Tribe could hope for was an album that longtime fans would embrace, but excite few younger listeners unfamiliar with the group. As it turns out, what we have is a triumphant defying of such expectations.  “A Tribe Called Quest’s sixth (and final) album was a rumor for 18 years. It’s here, and against many odds, it reinvigorates the group’s discography without resting on nostalgia” 9.0 - pitchfork 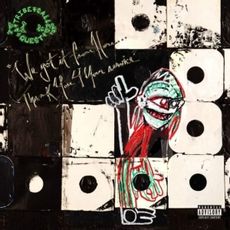