When talking about the possibility of re-releasing this album, Marconi Union saw the opportunity to return to the original material and to explore it further by creating an accompanying four track 'Live Remix EP', to be released together as a double album'.

Rather than simply remixing the tracks they decided to completely reconfigure them. Taking the original stems they created new loops and parts and combined the samples with live playing, with the addition of their live drummer, Phil Hurst. Each version was largely improvised and has that certain groove which can only really be achieved by the artists all playing live together at the same time. The Marconi Union sound has quietly whispered its way into the consciousness of those searching out ambient music and following on from the critical success of their most recent album 'Ghost Stations'. 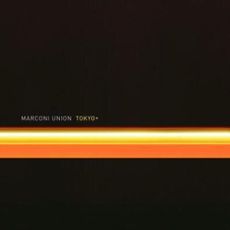