This superb live set was taped on January 10th at the Boston Tea Party, which Lou Reed once described as his favorite place to play, and finds the quartet tearing through a series of extended and reworked versions of their classics, with fiery guitar interplay throughout.

An essential document of a great band at their most vital, it’s presented here together with background notes and images. Doug Yule joined the VU in October 1968, and had become an important contributor to the band by early 1969. 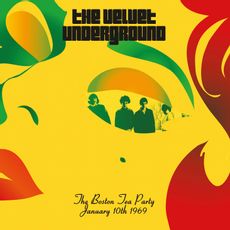