Take Me To The Trees


a triumphant return that is as full of energy as it is of grey, industrial textures.

as their first album in 30 years, this not only reconnects the band to their roots, in the fervent and fecund world of late 1970s/early 1980s post-punk Britain, but they have co-produced it with Martyn Young of Colourbox. The band’s fired-up vitality is palpable in the album’s pulsating opener ‘You’re Corrupt’, laced with Grey’s rant against corporate greed. ‘Sweet Revenge’ and ‘Flood Of Light’ equally have the ‘edgy style’ that Grey hears on ‘Mesh And Lace’, “and lyrically cut up, and strange.” they’ve also found room for a new, spectral mood in the ballads ‘It Don’t Seem Right’ (“a love song of people forced apart”) and ‘Come Out Of Your Hole’. 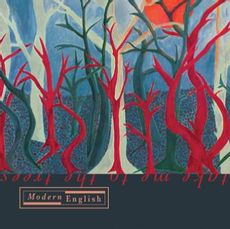