a visceral album whose ebb and flow forms a musical narrative that’s as much a soundtrack for the listener’s own imagination as it is the artist’s.

Effortlessly blurring the lines between techno, electro-pop and experimental composition, his arrangements are meticulously constructed, but also filled with emotion and soul. With an introspective turn that’s hinted at in the record title, this sees McIlwain diffusing the pop-leanings of 2013’s ‘The Waiting Room’ with opaque, brush-stroked melodies washing over these new buoyant productions. Working with an arsenal that includes an MPC1000, a borrowed Prophet 5, hand percussion, glockenspiel, as well as field recordings and samples of live instruments, McIlwain’s productions often merge the digital world with the real world. Yet from the fluttering Terry Riley-esque samples of woodwinds in ‘Chatter’ to the epic, widescreen synths of ‘The Lift’. 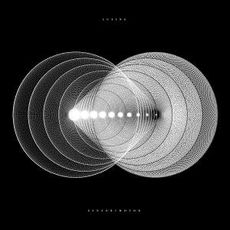