originally released in 1995, this phenomenal album has been completely remastered, giving it the quality it deserves & completely breaking down the barriers between the music & the listener’s ear.

This was described at the time as "a majestic symphony of haunting melodies and shifting moods” - SF Bay Guardian. Talking about the recording, Gira said “I lived in a tent in a mosquito infested studio right next to Cabrini Green in Chicago for what (?) something like 3 months, rarely leaving. Band members and Jarboe and Bill Rieflin etc came and went, and somehow we crafted this thing into what it became.” The Great Annihilator line-up features: Michael Gira, Jarboe, Bill Rieflin, & Algis. 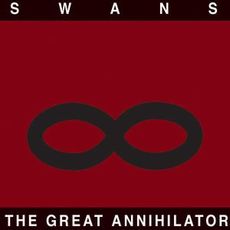