Brinsley Schwarz released a string of classic Pub Rock albums in the early 1970s, and this could be their best.

It’s All Over Now was intended to re‐launched the group in America, but like their much‐hyped visit to New York it didn’t go as planned. Indeed, the album languished in Rockfield Studios tape library for years until rescued by the band’s guitarist Ian Gomm, who mixed it at Royal Studios for release on record. But even that didn’t go as planned and once again the album disappeared. A few years ago, Gomm made a few homemade CDRs available from his website, but the album has remained largely ignored. Until now. Twenty‐five years after Ian Gomm rescued and mixed the album, Mega Dodo is set to release a newly mastered version on limited vinyl and CD. The best Brinsley Schwarz album you’ve never heard now sounds even better. 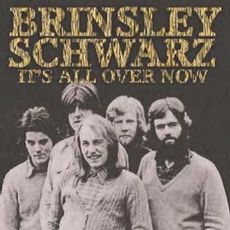