After the release of their critically acclaimed album KIN in early 2016, The Duke Spirit return with EP Serenade, previously only released on on digital. KIN explored themes around the idea of loss but this time front woman Liela Moss says EP Serenade is “a collection of songs that share the sense of running out of time to fix things, fix people - they are a tide slipping away from fingers…” This sentiment flows through each track but the weight of this theme is given The Duke Spirit’s light, ethereal touch as layers of sound give each track their signature shimmer, maintaining their signature poignant art rock sound. Single ‘Serenade’ continues the musical ideas touched upon on KIN’s opener ‘Blue And Yellow Light’. Liela explains that “the part-drone, part-glissando effect of the MS20 synth infuses the track with something otherworldly.” Moss’ ethereal vocals float gently over pulsing synths as the lyrics command you to ‘wait’ to be serenaded. ‘Make It Alright’ tenderly crescendoes and bursts into a glistening verse full of beguiling spirit. ‘Steel Love’ and ‘Throw The Water On The Fire’ are more languid but maintain the band’s enchanting muscular sound. 180gram - Robot Pink vinyl Limited to 500 Tracklisting 1. Serenade 2. Make It Alright 3. Steel Love 4. Throw The Water On The Fire 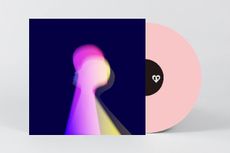