"Following the acclaimed new album ‘Silver Bullets’ and last year’s Record Store Day release from The Chills comes 7" ‘Rocket Science / Lost In Space’. Ecologically and politically minded on their recent album, ‘Rocket Science’ similarly deals with the potential power of the populace to instigate change. Frontman Martin Phillipps comments ‘the lyric is more of a gentle dig at those passive pacifists who are disgruntled with the way things are going and who do not, as a result choose to participate in elections and so on". Beginning life as a ten-minute riff from a jam-session during the making of ‘Silver Bullets’, the band ended up with so much new material that Martin wanted to give it time to develop and grow into the classic Chills rock song it’s become. Originally written in 1981, the accompanying B-side ‘Lost In Space’ is an adolescent song of alienation where Martin as a younger man reflects both inwards and outwardly on those around him. The song may well have made it onto the Chills’ debut but with six years passing newer material was chosen for the first album instead. Taken from an undocumented era of one of New Zealand’s most prolific bands, ‘Lost In Space’ sits poignantly next to ‘Rocket Science’ over three decades on. Recorded in Dunedin in November 2016 with the same enduring line-up as ‘Silver Bullets’, The Chills release ‘Rocket Science / Lost In Space’ for Record Store Day 2017. ""After three decades of near-misses and dark alleys, Phillipps has finally embraced his role as king of the underdogs." Pitchfork. A1 Rocket Science B2 Lost In Space 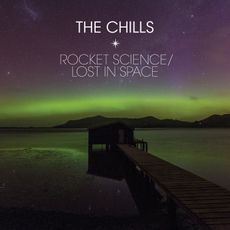