Structured like their first album, around a recurring melody, 'Offgrid:Offline' is thematically centred on the spoken word piece which gives the album its title, drawing together the musical motifs and lyrical themes from throughout.

Looper emerged from Belle & Sebastian in 1997, when Stuart David (co-founder and bass player of B&S) & his wife Karn (an artist who directed the early B&S videos) collaborated for a show at Glasgow School of Art. Since nothing broke down and everyone clapped, they decided to keep doing it. The band went on release four albums via Sub Pop, Jeepster & Mute, with many of their tracks appearing in film, including 'Mondo 77' which appeared in Cameron Crowe's 'Vanilla Sky'. After a break from music for a few years, Karn went back to art school to study animation and Stuart turned his focus to studying literature and writing novels, a move to the remote countryside, post-study, prompted the creation of a new body of work. 'Offgrid:Offline', the band’s fifth studio album, was the result - these new songs and stories, inspired by the return to peace and quiet and influenced by indie-folk music saw Looper conscious of the very different styles of previous albums. They set out to bring together elements of each into this new work.

*** The vinyl is a limited edition of 500 and includes a download with 3 previously unreleased tracks, 'Our Own Way Home', (the original song that became the intro & outro on the album & the melodic theme that occurs throughout), 'Lucky Tui' & 'The Back Roads' *** 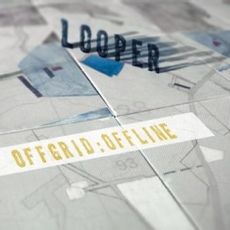