Featuring a set focusing on tracks from ‘Daydream Nation’, alongside some earlier material, this CD captures a group clearly enjoying their newly found success.

This recording is taken from a live FM radio broadcast recorded at the band’s show at The Palace Theatre in Melbourne on 19th January 1989, and captures an act quickly reaching the peak of their creative powers. Spawned from the burgeoning New York noise-rock movement of the early 1980s, the impulse for Sonic Youth’s sound was necessity rather than aesthetics. 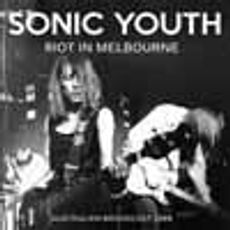