Set to a backdrop of driving repetitive rhythms, weaving guitar textures and off the cuff a-tonal vocal style, this is a catchy and refreshing single choice despite having to be pressed on both sides of a 7” due to sheer length.

the leeds outfit play a kind of slacked out art-rock. The songs are melodic and highly music -orientated but weirdly catchy and infectious. ‘Alternative Facts’ is a ten minute critique of the increasingly familiar phenomenon of fake news and the movement toward soundbite-orientated politics. Live performances have prompted the expected ‘guitar band’ comparisons to the likes of Pavement, Television, Velvet underground etc. Mush, however, play with an unhinged and experimental energy and purist intentionality that means they are ones to watch in their own right. 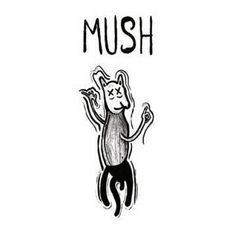