a spellbinding solo debut about "being a mother in a dystopian world"- a chamber-like suite of deep blue songcraft from the member of freak disco unit The Golden Filter.

Penelope uses a minimal palette of mostly solo piano & FX to frame her spectral songs in a starkly beautiful sound which has been inspired by albums from This Mortal Coil & Scott Walker, who also sought freedom to work outside of the expectations of their previous work. “In 2016. I rented out a small piano studio in East London for nearly the whole year & set out to write an introspective, trendless & mostly beatless album. I limited the instrumentation to mostly an acoustic piano & effects, which left space to expose a lot of emotional vulnerabilities". 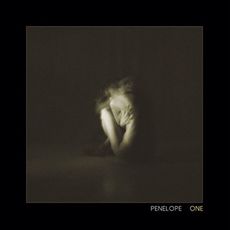