22 years ago saw the release of the musical visionary's debut album ‘Timeless’, which truly changed the face of drum’n’bass, hardcore & jungle & got so many of us listening to a style of music which had previously been alien to us.

The seminal record featured the iconic track ‘Inner City Life’ - the vocals for which were performed by the late Diane Charlemagne. In 2011, The Guardian described the release of ‘Timeless’ as one of the "50 key events in the history of dance music". now the songwriter, DJ, producer, visual artist & actor Goldie (MBE) is back with a double album, all written & produced by himself. "strikes a neat balance between exploratory drum programming & sleek soul" 4/5 - uncut, "brilliantly, bloody-mindedly Goldie: a slew of deep d’n’b grooves offset by beatless lounge-blues arias & glamour-soaked jazz club noodlings" 8/10 - mixmag. 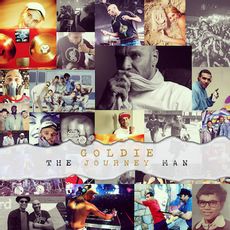