Sonically, Nick sits somewhere between the fuller band sound of Jose Gonzalez (Junip), the Communion label roster (which has previously looked after him as well as the likes of Michael Kiwanuka, Ben Howard, Lucy Rose & more) & the laid-back sunny surf vibes of Jack Johnson.

As such, his beautiful sophomore is as suited to the g&t hammock, as it is to intense headphone listening (whereupon Ethan Johns' subtle, warm production magic is truly revealed). There are also some glorious jazzy vibes & an afro-pop interlude ('Myela'). His stand out 2015 debut, ‘First Mind’, was the introduction of an artist who shirked the conventional & side-stepped the expected. It proved to be a slow-burning strong seller - one of those word of mouth beauties where everyone who heard him enthused about their newfound discovery to the next person. 'Wake Up Now' looks set to deservedly take him to the next level. 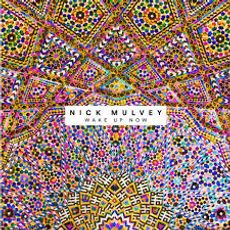