her 2013 debut full-length is an intoxicating brew of intimate songwriting, made exceptional by her heavenly vocal depth.

The album will be re-released digitally, on CD and for the first time, on vinyl. For a decade or so since Courtney’s been a session and backup singer and guitarist for nearly 40 artists – from Jimmy Eat World to Damien Jurado - but she never stopped writing her own material. With plans to settle down for a bit and focus on her own songs, Courtney moved to Seattle in 2011 and recorded her last full-length record ‘On My Page’. 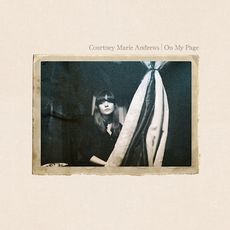