an organic authenticity permeates these traditional folk performances; as if we’re eavesdropping on him privately playing for his own gratification – immeasurably pleasurable.

Produced by David Rawlings and recorded on analogue tape at Woodland Sound Studios in Nashville, Tennessee, the album features eleven songs unearthed from the canon of American folk music and brought to light by Willie’s remarkable voice and wise beyond his years performances. Special guest appearances by the Fairfield Four, Gillian Welch, Morgan Jahnig and Paul Kowert round out the arrangements on this stunning sophomore collection. “above all, the universal motifs of loss, redemption and freedom from bondage are brought home in moving, understated style” 8/10 – uncut. 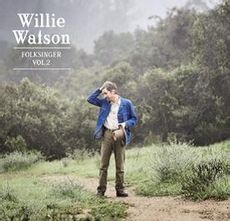