a 17-year retrospective of hits from A true national treasure and one of pop’s best kept secrets.

Hailed “The Man with the Golden Voice” in the 2012 BBC4 documentary of his career, the Sheffield-born singer’s is the stunning voice behind many significant British pop songs of the past few decades: the blue-eyed soul hit ‘How Long’ by his band Ace, ‘Tempted’ by Squeeze and Mike & the Mechanics’ ‘The Living Years’. That he is always in demand as a guest musician, and has contributed to the records and/or tours of Elton John, Eric Clapton, Ringo Starr, The Pretenders, BB King and The Smiths, is testament to his immense skills as a singer and keyboardist. 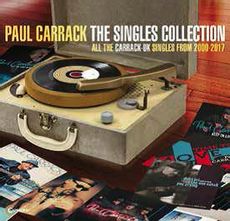