I WISH I WERE A SPARROW

At times, she departs from tradition, leaving the communal origins of folk music to capture the singular self. The lyrics also present an amalgam of old and new, with half of the songs, including “Dreadful Wind and Rain” and “Pretty Polly,” being passed down from the folk tradition, and the other half, including “Wind Wind” and “Love Song From The Earth To The Moon,” coming from Baird’s own hand. While the most salient part of her previous Baird Sisters project was the melding of familial voices and various instruments, her solo effort is centred on the combination of her virtuosic banjo playing and prominent but airy vocals. 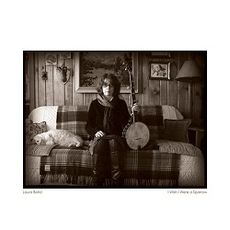