DOG IN THE SNOW


the brighton-based singer’s debut full-length consists of warm synth beds that intermingle with gritty guitar and, at times, jagged programmed drum beats, beautifully contrasted against her distinct, rich vocal tones. A cohesive and minimalist piece, the ten tracks, which were written in succession, create something cyclical as opposed to linear. Lyrical ideas come through and are repeated, song-titles show up as words in other songs. The result is an all-consuming world of mixed identities. she finds influence from her own experience of being mixed race and a foreigner to her homelands, whilst exploring self-identity in its culture and ideas. there’s a grace slick (Jefferson airplane) quality to her vocal style and the record will also appeal to fans of bat for lashes and austra. 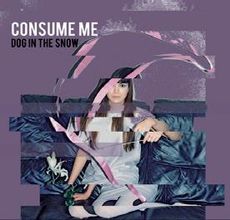