Discussing ‘This Cities Undone’, Adrian Flanagan says "I'm a big fan of Yoko's 70's albums, so I suggested to Sean Lennon that this crazy psychedelic freak out track that we had on the boil - but had no lyrics for - could really work with Yoko doing her thing on it. About 2 months later, I get an email off Sean. In the email was a clip of his mum doing this incredible vocal over our music. The hair on the back of my neck stood on end, her voice stirs you like the most primal of rock & roll, it's got so much spirit, it's proper witchcraft!" 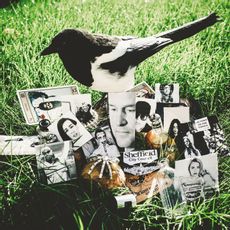