restless, anthemic indie rock performed with scorching sincerity, you can tell they had a blast making this record and that makes it all the more delightful to hear.

In 2015, Jake Ewald, in the midst of trying to write songs for his other band Modern Baseball (which has since gone on hiatus), hit a patch of writer’s block. To get himself back in action, Ewald decided to move the focus off himself, stitching together a loose narrative surrounding a motley cast of characters. Before he knew it, he’d written an entire album, and the project was no longer an exercise, it was a full-fledged band. For fans of tigers jaw, moose blood, and, of course, modern baseball. 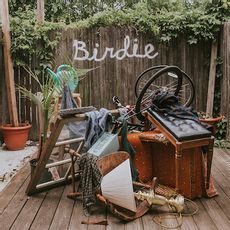