every Bjork album is a journey but none since ‘vespertine’ has been this expansive in emotional depth and range – and we’re not saying that lightly.

part glistening, spectral, space-age, post-everything, ‘vespertine’-era, neo-folk and part clattering, industrial-inflected ‘vulnicura’ soundscapes with some recorder thrown in for good measure – this is possibly the most complete and rounded Bjork album for years. no one could ever accuse her of playing it safe, but she has worked an enormous amount into ‘utopia’ that’s breathtaking even by her own incredibly high standards. “the arch conceptualist ascends into ecstatic realms, but hints of recent traumas remain” 8/10 - album of the month - uncut. 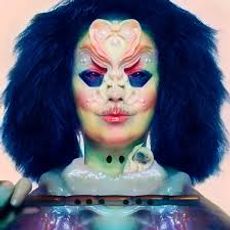