NEIL YOUNG & PROMISE OF THE REAL


young neil delivers a muscular addition to his legendary body of work with a record sculpted out of thundering percussion, meaty guitar distortion, rootsy swagger and stripped-back, acoustic numbers.

In addition to ‘Already Great’, the 10-track album also includes his patriotic ‘Children of Destiny’, which the rock legend surprise-released on July 4th. he recorded the song at Hollywood’s famed Capitol Studios alongside Promise of the Real, led by Willie Nelson's son Lukas, and a 56-piece orchestra; in total, 62 musicians played on the track. “Young has always explored and played with genre, but perhaps not with as much variety on one record” 8/10 – drowned in sound. 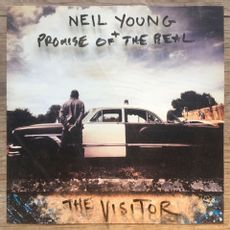