Written entirely in Cornish, this album an exploration of the collective subconscious, the myths and drolls of Cornwall, and the survival of Britain’s lesser known Brythonic language – explored via sumptuous electronic indie pop a la broadcast, cate le bon, and death and vanilla.

As one of the language’s few fluent speakers, Gwenno felt a duty to make her second album entirely in Cornish, to create a document of a living language and explore her identity. Yet ‘Le Kov’ isn’t really a concept album, and you don’t need the translation sheet to appreciate the gorgeous, sea-warped psychedelia that Gwenno has created. It’s a step up from her debut album, featuring forlorn piano, crisp drums, and searching synth lines that seem to reach across the horizon. “Whatever language it's in, Le Kov casts a lovely musical spell” 8/10 – q, “Here, Saunders marks out her own terrain, seeing how far she can go forward, and how far back” 8/10 - mojo 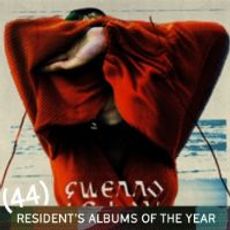