On May 1st, 2017, at the Symphony Hall in Birmingham, Hackett and his group were captured live in absolutely stellar form for this special release.

Steve Hackett is renowned as an immensely talented and innovative rock musician. He was lead guitarist with Genesis as part of their classic line up with Gabriel, Collins, Banks and Rutherford, who produced several of the band’s most acclaimed albums. Celebrating the 40th anniversary of the classic Genesis album, “Wind and Wuthering”, Steve and his band performed several tracks from the album as well as fan favourites such as ‘The Musical Box’ and other Genesis numbers never performed before by Steve's band including ‘Inside & Out,’ ‘One For The Vine’ as well as material from “The Night Siren”. 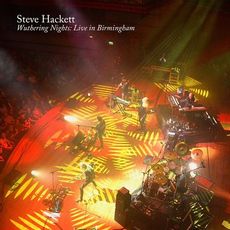