Whereas the Fat Whites celebrate excess, Insecure Men revel in blending together exotica, easy listening, lounge & timeless pop music. Saul lists some of the influences on their sound, mentioning the exotica of Arthur Lyman, the early electronic pop of Perrey & Kingsley, the supreme smoothness of The Carpenters, the songwriting chops of Harry Nilsson & the hypnagogic uncanniness conjured up by David Lynch, describing what they do as “pretty music with a dark underbelly to it”. It's a tremendous record that'll drag you back repeatedly, feeding your dark soul. 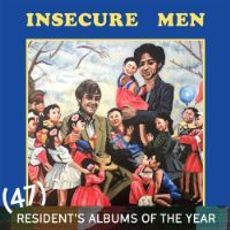