From the recent press: what the critics have said about The End of When (2013) and Led Zeppelin Five (2011): “With its graceful honesty and lyrical elusiveness Los Angeles’ legendary the black watch continues to produce intelligent, melodic, accessible music that possesses the slightly psychedelic tinge that fans of the Go-Betweens or the Clean may welcome.

The End of When is an indie pop triumph.”—Popmatters “TBW doesn’t have the following it deserves. If the Beatles were shoegaze…”—Blurt “Like the Soft Boys in a fight with the Velvet Underground, the black watch have spent the last two decades churning out traditional aural blur. Founder John Andrew Fredrick has an uncanny knack for finding melody in the dissonance, chaos in the calm.”—Austin Chronicle “Led Zeppelin Five is the album of the year. With its sweet melodies and dreamy distortion, the record is chalk full of wonderful melodies that put one in mind of MBV or GBV.”—Detroit Metro Times “The simple beauty of TBW’s shimmering pops songs—this is melancholy music that makes a person smile. A marvelous confection: the black watch totally get it.”—Seattle Post-Intelligencer 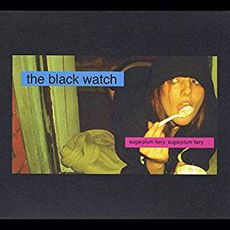