By the time of their performance at the Bizarre Festival on 17th August 1996, Nick Cave and The Bad Seeds were enjoying their most successful era to date.

Their latest album Murder Ballads, released in February that year, was their best-selling record yet, having topped the charts in three countries and reached the Top 10 in a further five. This was aided in no small part by Nick Cave’s duet with Kylie Minogue on ‘Where the Wild Roses Grow’, which was a worldwide hit and earned the band two ARIA awards. The video received repeated airplay on MTV, who would later nominate Nick Cave for Best Male Artist at the MTV Awards. Nick and the Seeds toured Europe, Asia and South America in support of the album, and it is their entire performance at the Bizarre Festival that is included here. Recorded and broadcast on FM radio throughout the United States, who had curiously been left off the tour’s itinerary, the group captured the dark, brooding nature of Murder Ballads perfectly in their set, which included too classics from their back catalogue such as ‘The Weeping Song’ and ‘The Mercy Seat’. As a grand finale, the band were joined by PJ Harvey - with whom Cave was romantically linked at the time - for a rendition of ‘Henry Lee’. 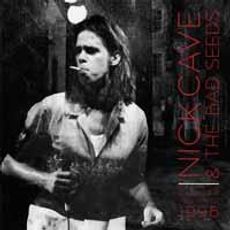