HOW THE WEST WAS WON (remastered)


this massive set highlights the best performances from led zep’s legendary los angeles concerts in 1972 - Melded together and sequenced to replicate a single show, it captures the band at the height of its formidable powers.

Standouts include a 25-plus minute version of “Dazed And Confused” and a 21-minute medley based around “Whole Lotta Love.” The performances also capture the band introducing songs from its then-unreleased album ‘Houses of the Holy’, which would be released nine months later. Originally released in 2003, this reissue features newly remastered audio, which was cerated under the supervision of Jimmy Page.

***Super Deluxe Boxed Set includes: remastered audio on three CDs and four 180-gram vinyl LPs DVD of album in Dolby Digital 5.1 Surround and PCM Stereo, plus photo gallery. High-def download card of all stereo audio content at 96kHz/24 bit. A book filled with rare and previously unpublished photos of the band at each of the concert locations, plus memorabilia and ephemera. High-quality print of the original album cover, the first 30,000 of which will be individually numbered.*** 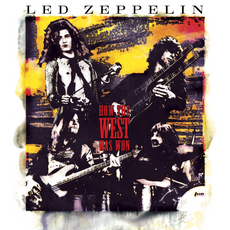