this lovely reissue his ‘Boxing’ set comes with some other classics from the period – truly one of the greatest dancehall records of the early ‘80s. Dancehall was when the beat slowed down to that classic one drop style that suited his voice so well. The album includes the title track ‘Boxing’, which was a massive hit for Cornell on its initial release in 1982. It also includes a Dancehall reworking of ‘Queen of the Minstrel’ and a fantastic dancehall cut to Bob Marley’s ‘Natty Dread’. This was a new chapter in Reggae’s sound that saw the rhythm slowed down and seemed to add even more emphasis to the songs meanings. 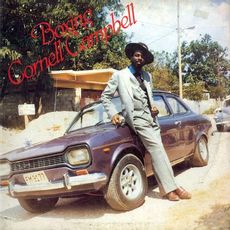