a heady blend of sublime west coast harmonies that recall the frayed beauty of the Beach Boys’ ‘Smiley Smile’, to the ramshackle dub of King Tubby via the playfulness of early Syd Barret.

Set to pick up where the Bees left off, this album was recorded at Studio Humbug on the Isle of Wight. “Some musicians and bands definitely have their sound and stick to it, which is fair enough, but that’s just not us. Whenever we’re in the studio, we’re constantly inspired to go down different musical paths, which I suppose is why the record we’ve made sounds so diverse”. 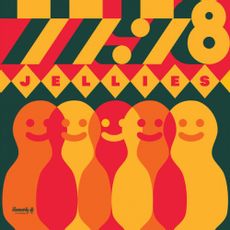