The remixes, which have never been released on vinyl before, will appear exclusively for Record Store Day on 12” white vinyl on Nø Førmat!. Hailing from Mali, Oumou is the greatest living female voice in African music whose latest album - included in the Albums Of The Year lists by Gilles Peterson, MOJO, BBC Culture and Songlines - was produced by  the French production collective A.l.b.e.r.t.. On working with Oumou’s track 'Minata Waraba’, Sampha explained: “My dad had a copy of Oumou’s album “Worotan” and no other album has spoken to me quite like that. Her music had been a huge inspiration ever since and it’s a real honour to have remixed some of her music.” While the enigmatic Manchester duo TWOTEK explained of their Fadjamou remix: "We see it as our very own FIFA World Cup Anthem." WHITE VINYL _TRACKLISTING A1. Minata Waraba - Sampha remix A2. Yere Faga - Natureboy Flako remix A3. KounKoun - PEDRO remix B1. Fadjamou - St Germain Remix B2. Kamelemba - Pouvoir Magique remix B3. Fadjamou - TWOTEK remix 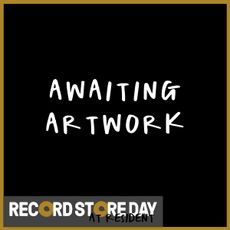