Originally released in 2007, and out of print for the past several years, this deluxe reissue of ‘The Search’ features bonus content, in addition to the heart-rending original album.

Led by the songwriting and vocals of Jay Farrar, Son Volt was one of the most instrumental and influential bands in launching the alt-country movement of the 1990’s. ‘The Search’ takes Jay Farrar's signature juxtapositions of the arcane and the modern to provocative extremes, contrasting the blue highways of a disappearing cultural landscape with a perilous world in which the centre no longer holds - a world of information overload, of clueless leaders carrying out sinister agendas. By turns melancholy and exhilarating, the album further cements Farrar's status as one of rock's most eloquent chroniclers of contemporary existence. 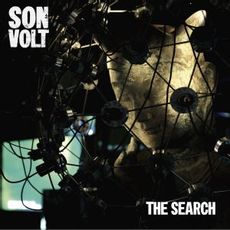