Silent Servant delivers two stunning mixes of ‘You Disco I Freak’. In his first remix, he elevates the discordant melody in and adds a sense of menace with a new sequence, taking the track in a more sinister direction. With his second version, he heats things up a notch with a brutal workout synonymous with his signature abrasive sound. Dopplereffekt, Drexciya, Arpanet, Der Zyklus, Japanese Telecom, Heinrich Mueller, Rudolf Klorzeiger: Death in Vegas are huge fans of Gerald Donald in all his forms. He chose to ‘reproduce’ ‘Metal Box’, keeping certain elements of the original field recordings; the sounds of the Steel Factory opposite Drone’s studio, the incessant drones from the planes landing at City Airport and the dial tones of the studio's VHF radio and layered over these with his own sonic tapestry. 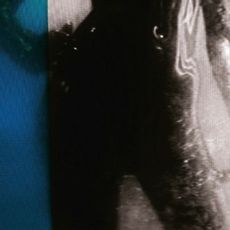